Storing, repairing, and cleaning an aircraft's engine will require the use of an engine stand. CFM56 engine stands or stands that are designated for other engine types contain casters, tow bars, and rust-resistant paint, provide a mechanic with a viable way to access all of the interior and exterior parts of an engine without compromising safety.

Classifying extra engines that will be used to upgrade an aircraft and deciding the manner in which engine maintenance steps are going to be performed are two important strategies that will aid with keeping engines in operable order.

An engine stand can be set up within a hangar or another type of storage facility where aircraft materials are kept. Engine stands that each contain an adjustable platform will allow a mechanic to lift or lower the platform that an engine is resting on, making it possible to access an engine from all sides.

It is common for an engine to contain thousands of parts. Because an engine is subjected to temperature fluctuations, moisture, strong winds, and foreign debris, tuning up mechanical parts is a common practice that will lengthen the life of an engine and reduce friction or noise, which can be disruptive to a pilot or passengers during an active flight.

The Temporary Storage Of Engines That Will Be Switched Out

An airline's engine may remain operable for several years, but this does not mean that you or your pilots should rely solely upon the original engines that are on hand. There may be occasions in which you come across a used aircraft that requires some upgrades or decide to switch out one engine for another one.

By investing in some extra engine stands, you can increase the amount of inventory that is at your facility and will not need to worry about parts becoming damaged due to components not being stored properly. Standard engine stands are constructed of structural steel and contain zinc plated or steel hardware.

There are specialized stands, which allow a specific task to be performed. A stand that contains hydraulics is one that can be moved up and down. There are also rollover, fan, and split stands, which can be used to move items through narrow passageways or to transport engines that have been broken apart. Any type of stand that contains casters will include a wheel lock, which will allow an end-user to safely move engines throughout a storage facility and immobilize them.

Contact a local supplier of CFM56 aircraft engine stands to learn more about your options. 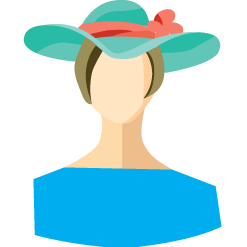 I have never been the kind of person who worries too much about what other people think of me, but after I started a business and it became successful, those things weighed more heavily on me. I started realizing that other people's concept of me was altering the way that I was portrayed in the media, which made a big difference. I wanted to learn how to take business more seriously and come off as more of a powerhouse, so I started evaluating my actions. This blog is all about taking business seriously, making the right changes, and watching your business improve.